Thank you for Subscribing to Energy Business Review Weekly Brief 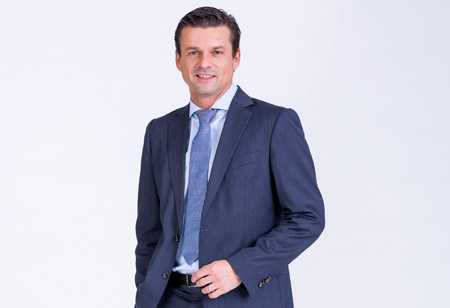 Using hydrogen as fuel for the transformation of a fossil fuelled society to a low or net-zero carbon world is the hottest topic in energy policy. Due to thehigh costs of electrolysis, currently more than 90 percent of available hydrogen is produced on the basis of fossil fuels, in a process called steam methane reformation. This “grey hydrogen” can be cleaned up using carbon capture and storage to make “blue” hydrogen, but it does not become emission-free. Only “green” hydrogen made with renewables is considered completely sustainable.Green hydrogen is made in electrolysers that split water with renewable energy into its basic components, oxygen and hydrogen. It remains more expensive than fossil fuels because the equipment to make it is costly, and the process requires huge amounts of power.Therefore,there is no business case for private companies to produce it big scale.So, the costs of making renewable hydrogen will have to come down fast to enable the deep emission cuts needed for net-zero climate targets. Most economists say that once the industry scales up, renewable hydrogen could be produced from wind or solar power for the same price as natural gas in most of Europe and Asia. Because it`s all about economy of scale that comes with huge and foreseeable demand.

Europe plans 10 million tonnes by 2030 The European Commission has presented an ambitious plan to establish a “hydrogen economy” with state support for becoming climate-neutral by mid-century. The plan is explicitly geared towards making the continent a technological pioneer. It contains three steps starting with the construction of electrolysers to produce green hydrogen for use in industries (steel, chemicals, refineries) by 2024, followed by local hydrogen production hotspots linked to industrial users in so-called “hydrogen valleys”, by 2030. With increasing demand, they will be joined to create the backbone of a large European hydrogen infrastructure. It aims at 6 gigawatts of renewable electrolyser capacity at least that can produce up to 1 million tonnes of renewable hydrogen realised by 2024. By 2030, the EU wants to produce 10 million tonnes with a combined electrolyser capacity of 40 GW. Implicit in the EU’s plans is the goal to be the world’s Hydrogen leader. Industrial policy meets climate goals According to many studies green hydrogen technology costs are falling worldwide by half since 2015 and will fall further.The European plan is to address scale, too, by expanding hydrogen’s main uses in energy, storage and feedstocks. The net-zero commitments hopefully will drive demand. The race is on. The rivalry between Europe and the big competitor China in emission-free hydrogen technologies could become one of the global business stories to stop climate change.The EU might lead on technology, but China leads on costs and scale. When EU nations ramped up their solar PV sector in the 2000s, after having developed the technology costly, they couldn’t survive the arrival and rapid expansion of Chinese production. Warned by this painful experience Europe is not taking any chances with hydrogen. The German hydrogen strategy German economy minister Peter Altmaier recently said that his country must beat Asian countries to claim global leadership in the technology, naming China as an example. “We want Germany to be the global No. 1 in hydrogen technology,” Altmaier said. In its own national strategy, Germany therefore aims for 5 GW production by 2030 and another 5 GW until2040, boosting strong electrolyser manufacturers such as Siemens, ThyssenKrupp or Sunfire. According to the German Economic Institute (IW)the industry could create up to 470,000 jobs if it can hold onto its current around 20 percent global share of electrolyser production. Additional jobs will be created in companies making the required on top amounts of renewable energy. Many suppliers and engineering companies have high hopes of producing key components because of the countless business opportunities: From the machinery for the production and processing of green hydrogen to national and international transport in pipelines, ships or overland, to its end use in various applications for the heating sector such as fuel cells. Learning from“solar experience”: Costs are essential German economy policy seems to be determined to prevent their rising hydrogen industry from following the example of its solar industry.At the start of the millennium it was the world’s largest market for solar panels and a technology pioneer. Its solar industry experienced a spectacular boom after the introduction of high, guaranteed support payments. But when these were slashed and cheaper Chinesesolar modules entered the market, the German industry fell apart, resulting in tens of thousands of job losses, losing major players such as Q-Cells, Solon orSolarWorld. It is obvious that the hydrogen strategy aims not only at the emission reduction obligations, but at becoming again leader for a key green technology. In order to do so, it is viable to bring down the costs by creating a market as big and as prosperous as possible. That means that not every application has to be seriously considered. Not only industry and heavy load transport but the heating sector as well. This huge sector needs to be transformed and there are good reasons to doubt it can be done with insulation and electrification plus heat pumps. If heat pumps are located in colder regions one will need to reinforce the electricity grids because below around – 5 C the coefficient of performance is lowered to 1, meaning one generates heat directly with electricity. And every building needs electricity at the same time. Heat pumps provide low inlet temperatures of 37 C or so one cannot heat existing buildings. Additional investments for thermal insulations would be needed, which many people after Covid19 cannot afford. So, we might give it a shot transforming the sector slowly but consequently by ramping up the amount of H2 in the already existing infrastructure. That would bring down the costs rapidly and help reduce emissions fast. Without big thinking there is a still the risk that the necessary structural change and the transition to a green economy will not take place.
This content is copyright protected

However, if you would like to share the information in this article, you may use the link below: